The Meaning Of Self Defence 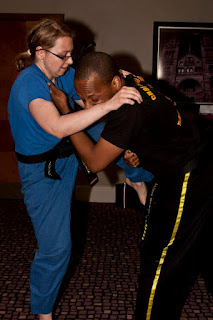 What do you think of when you hear the term self defence?

- Practising releases from various restraining positions?
- Avoiding dimly lit streets?
- Hitting an attacker and then running away as fast as you can?

Any, if not all of these initial responses could be correct, although in Choi Kwang-Do, I believe the definition to self defence additionally follows two distinct paths:

Firstly, by employing principles of biomechanics, body movements are optimised to create powerful striking techniques while simultaneously reducing the risk of hyper extension damage in the joints.

Small adjustments to techniques can translate to greater output, even for those who are of small or medium build. These techniques are utilised within training drills designed to develop various aspects such as reactions, counter attacks, verbal skills, pre-emptive attacks and releases.

Such drills help to stimulate the central nervous system enabling it to more effectively recruit the muscle fibres required to execute the movements as well as respond with those movements faster.

This definition seems to best fall in line with the initial 'confrontation-based' responses to the definition of self defence.

Secondly, a core objective of Choi Kwang-Do is to employ martial arts training (the movements, combinations, training drills etc.) using the biomechanically designed techniques as a means of serving the well-being of the practitioner.

One example of this is the circular movement of the shoulder joint when punching creates synovial fluid which 'oils' the joint and helps maintain the active range of motion.

Think of this as defence for the self, if you like; protecting your physical and mental health now and in the future by taking moderate and regular exercise through Choi Kwang-Do training today. 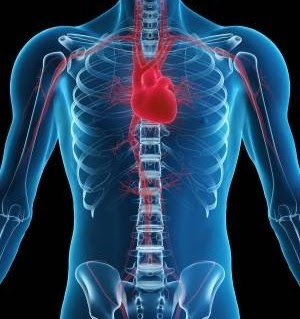 I know that there may be some martial arts practitioners that may feel that such views dilute the true essence of martial arts, especially in the ever growing popularity of mixed martial arts and reality based training, but that's exactly the beauty of the martial arts world - there is more than enough choice to cater for everyone's needs and desires.

One could argue that if attacked, martial arts training would come into play to defend yourself. However, if you're never attacked for the whole of your life does that mean that the years spent refining your martial arts skills will have been a waste of your time?

No doubt your will have heard from various sources applauding the benefits of leading an active life, and I'm a strong advocate of martial arts as a stimulating and challenging method to fulfil this need.

If you're not already very active, could you include more activity and exercise in your life? Or to approach the same question from another angle: could you do it if your life depended upon it?

Many would argue that it does.

A few years ago the British Heart Foundation started a campaign called 30 A Day, the objective being to encourage people to take 30 minutes of moderate exercise five days a week which they say can halve the risk of heart disease.

(The good news is that if you're taking 2 Choi Kwang-Do classes per week you're already close to this).

Looking after your heart, whether through Choi Kwang-Do or any other activity, I hope you'll agree is definitely not a waste of your time.